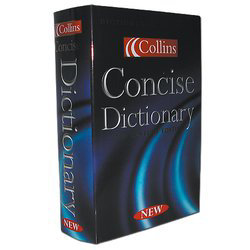 I have an Approved Foods order due tomorrow, and I just clicked the link to check how far it has got on its journey to the Fens.  Currently, the tracking page shows that it is at the "Sortation Facility"....

"Sortation Facility" - is that like a Sorting office at  Royal Mail, perhaps?  Some kind of central hub from where parcels are re-routed to their destinations?

However, I am jolly sure that "sortation" isn't a word.

According to my Collins Concise English dictionary (which isn't that concise because it is about two inches thick!), 'sort' can be a noun as in, "He's a good sort." It can be a verb, to sort, in which one would be expected to differentiate between items, for example.  One who does sorting can be a "sorter", another noun.
But sortation, no, that's not there!
Posted by Morgan at 11:42

I googled "sortation" and found this...
A Word On Sortation Methods.
There are several methods used to facilitate a sort. There are also various combinations that can be applied to these methods. For example, you may have an induction station at both ends of an oval layout having each load station sorting to one leg thereby effectively doubling the sort rate. Or, depending on the quantity of drops it may be more appropriate to operate two separate over-under sorters in an in-line layout providing the added safeguard of redundancy.
The optimum configuration depends on the quantity of sort destinations, the volume of product to be shipped, the size and sensitivity of your product, and window of time available to perform the sort. Aside from these considerations there are four basic sortation methods:wave, batch, continuous and Internet Order Fulfilment.

Indeed, Angela - that sounds like some kind of text from a management manual! Goodness me, I don't think the Plain English people would be impressed...It is strange the words that posh folk come up with these days - I am finding preaching is much clearer if one says what one wants to say and keeps to the point! Congregations [and the general population, I believe] don't like waffle!